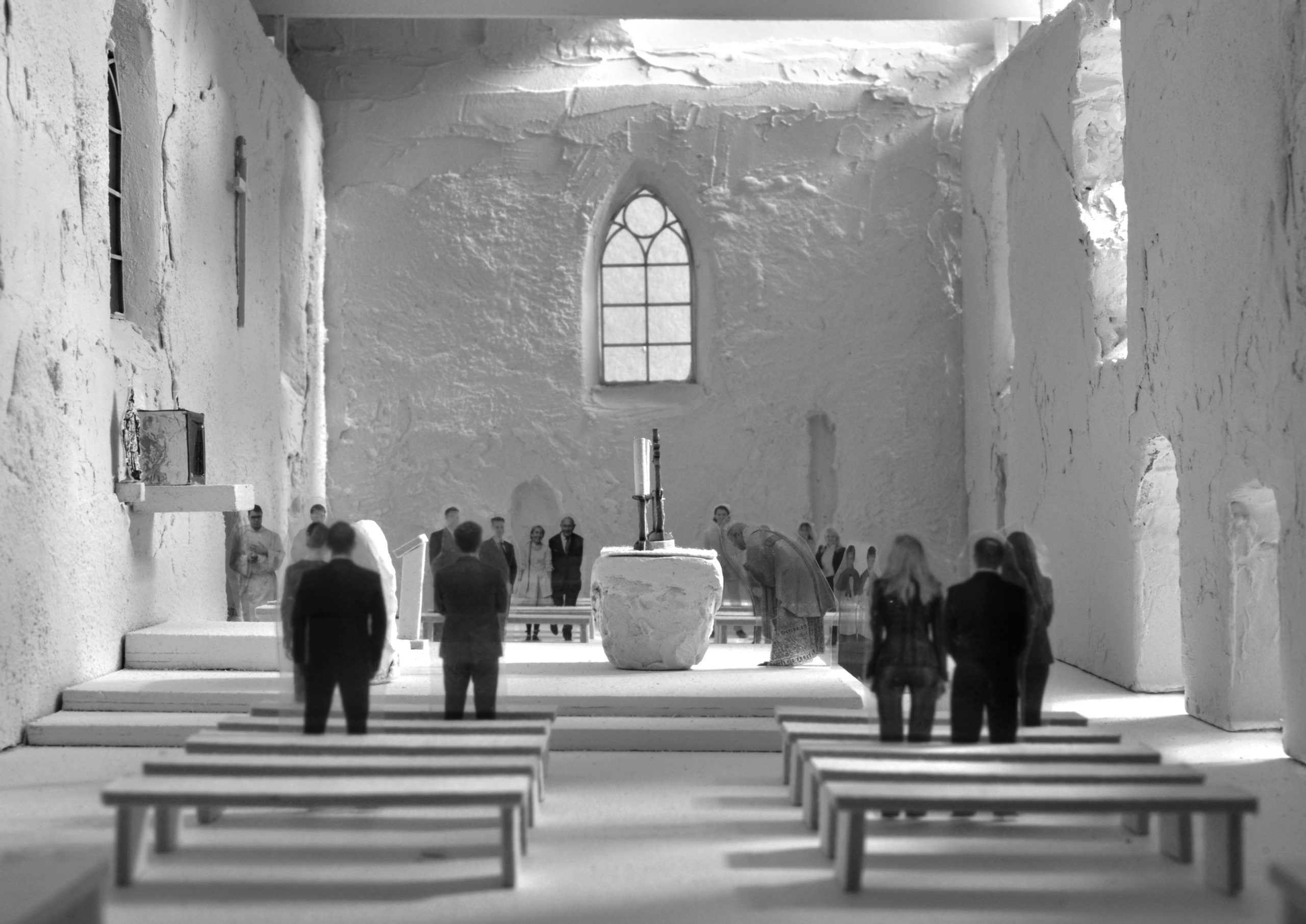 The history of the church in Osetnik goes back to the XIV century. After its tower demolished during the II World War, it was gradually falling into disrepair. At present, what remains are three perimeter walls and a cemetery.
The project of adaptive reuse of the ruins for liturgical purposes was based on the theoretical part relating to sacrality in the works of Władysław Pieńkowski. This part presents methods of designing sacral interiors as well as the influence of the II Vatican Council on design of liturgical arrangements.
The project assumptions are as follows: roofing the ruins and introducing a new liturgical arrangement with a central altar, as well as reconstructing the vestibule and sacristy in a contemporary form. The new elements are a detached belfry and a cabin house – a retreat for a priest. The projekt was conceived of with the aim of arranging a place for regular liturgy, while at the same time retaining the atmosphere of the ruins and producing a sacral mood in the interior. 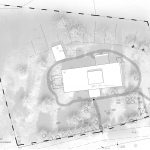 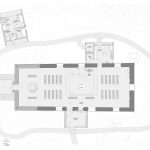 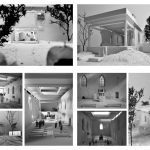 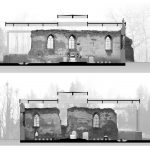 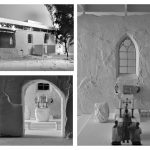